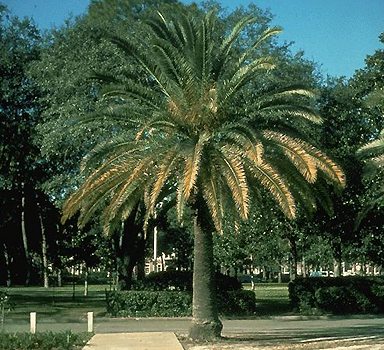 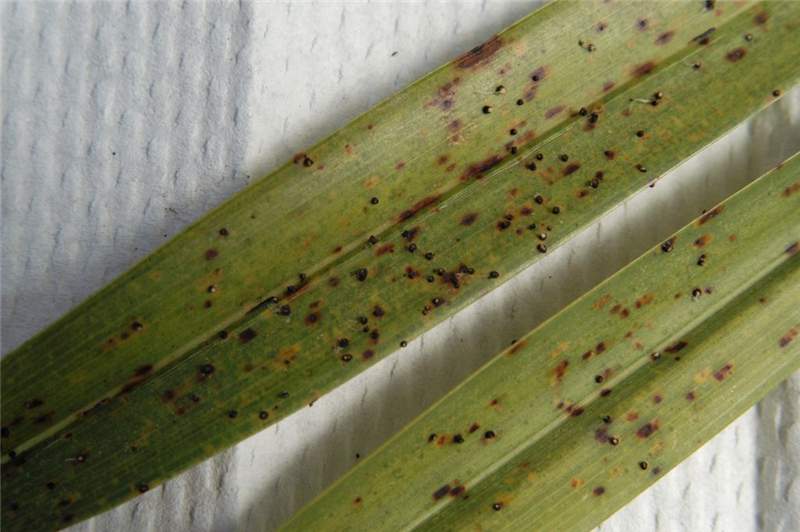 Here are manganese deficiency examples in the three species that seem most effected by this problem. All of these palms are showing significant symptoms and will probably die within a year without treatment. Strangely, too much manganese can produce similar results, but in this part of Florida, its unlikely. These photos came from New Port Richey and while every yard had a palm tree of varying species, nearly every palm in every yard was showing nearly fatal symptoms of nutrient deficiencies. This is rather typical of alkaline soils in coastal cities of Florida where the land is too high for periodic coastal flooding to deposit manganese found in sea water. 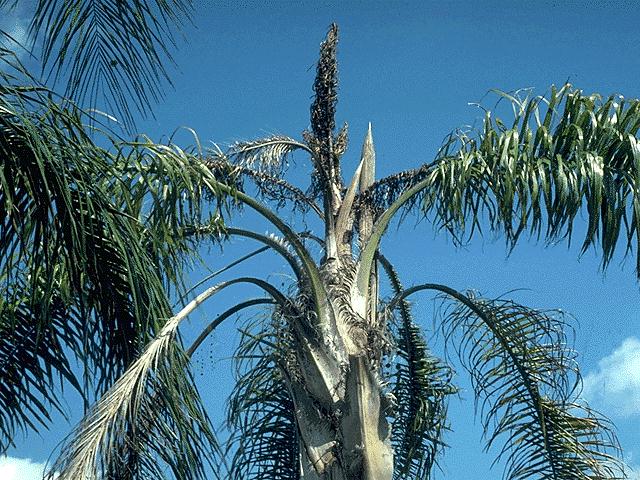 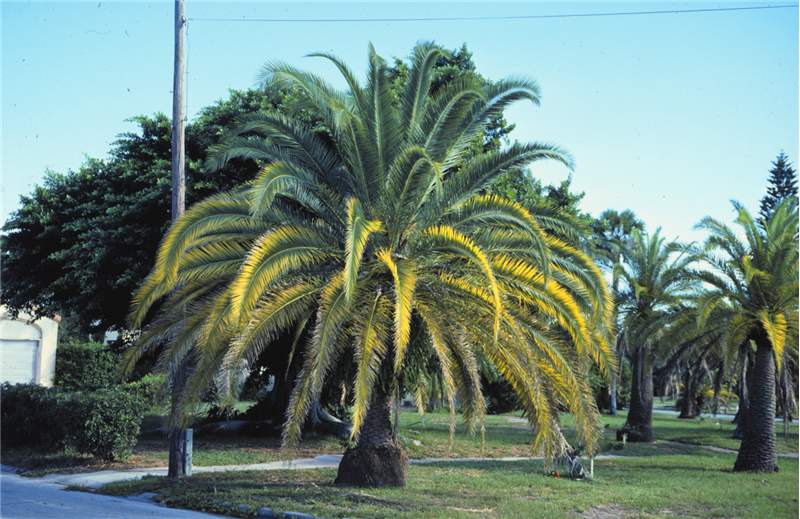