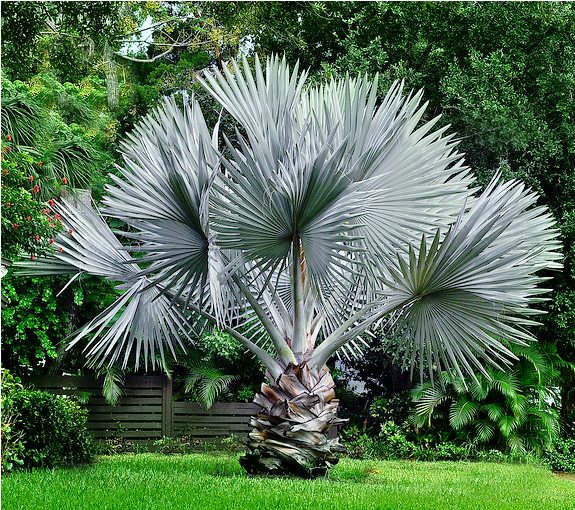 by John Kennedy from The Palmateer Vol.IV, 2000

Sixty members of the Central Florida Palm & Cycad Society trekked to Valkaria and to West Melbourne on September 9 for the kind of activity they like best: gawking at palms (and other plants) while talking to each other.

Valkaria Tropical Garden was the first stop. After so much drought, it was a real adventure to go somewhere where it had just rained and where water stood in very large puddles waiting to interact with formerly dry shoes (and feet).

Dr. Frank Brown, the owner of Valkaria Tropical Garden, escorted groups around the establishment. His account of where and how he acquired some of the plants in the lushly landscaped garden kept his listeners laughing. Palm species number about 15, while there are more species of bamboos and gingers.

Lunch at various locally recommended silver spoons was followed by a tour of Richard and Linda Lundstedt’s garden in West Melbourne. Richard is a nurseryman and visitors were interested to note that the number of palm species in his greenhouses, and their quantity, had increased appreciably over the last year.

Parking next to the property was on Lois Lane. We should have asked if Richard is aka Clark Kent.

The annual auction took place at the Lundstedt’s. The auctioneer was our prez, Neil Yorio. An account of the auction appears elsewhere in this issue.